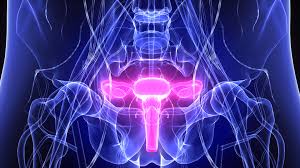 “This is the first study in gynecological cancer to show the impact of advanced technology in reducing long-term morbidity and improving the survivorship experience of patients,” said Supriya Chopra, MD, lead study author and professor of radiation oncology at the Tata Memorial Centre in Mumbai. “Given these results, women undergoing post-operative radiation should receive image-guided IMRT.”

Nearly 14,000 women in the United States and 96,000 women in India are diagnosed with cervical cancer each year. If the cancer has not yet spread to other sites, it is often treated by surgically removing the uterus (hysterectomy) and surrounding pelvic lymph nodes. If cancer cells are found deep in the uterus, in a patient's lymph nodes or in the space surrounding the uterus – a sign of higher risk that the cancer will return – she may also receive radiation or chemoradiation.

Standard treatment for women who need radiation after surgery involves 3-D imaging to define the area to be treated such that the amount of radiation delivered to the surrounding tissues is minimized. Pelvic radiation can impact healthy organs near the cervix, leading to long-term complications such as recurring diarrhea, abdominal bloating and pain. In recent years, image-guided IMRT, a more advanced and highly focused form of radiation therapy, has been used to treat post-operative patients by guiding radiation beams to conform to the shape of the tumor.

In this study, Dr. Chopra and her team at the Tata Memorial Centre randomized patients who had undergone hysterectomy to two arms. Half of the patients (n=142) received image guided IMRT and the other half (n=141) received 3D-CRT. The majority of patients (117 in the image guided IMRT arm and 114 in the 3D-CRT arm), received concurrent chemotherapy. Patients also received a brachytherapy boost after external radiation treatments.

Four years following treatment, 19% of patients in the image guided IMRT group experienced serious gastrointestinal side effects, compared to 38% in the 3D-CRT group (HR=0.53; p=0.005). In 2015, Dr. Chopra reported preliminary results at the plenary session at ASTRO showing that the group treated with image-guided -IMRT had fewer bowel-related side effects after a median follow-up of 20 months (vs. 49 here), but the difference was not statistically significant in the earlier analysis.

The study measured 11 different gastrointestinal side effects. There were no significant differences between the groups for nausea and vomiting, but large differences emerged over time between the two groups for other symptoms. Specifically, in the group receiving image-guided IMRT, significantly fewer patients reported moderate to severe acute diarrhea (17% vs 27% in the 3D-CRT arm), as well as late abdominal bloating (14% vs 28%), bowel obstruction (1% vs. 7%) and anorexia/appetite loss (1% vs. 7%).

“Our results show that with image-guided IMRT, there is a clear reduction in toxicity, with no difference in pelvic relapse,” said Dr. Chopra. A planned subset analysis also found that the benefit of image guided IMRT was more pronounced in the setting of concurrent chemotherapy.

Dr. Chopra said her study was different from standard intervention phase III trials because randomized, prospective trials are typically designed to compare survival benefits, not differences in long-term side effects. Only one other randomized study, NRG Oncology RTOG 1203, has compared toxicity between IMRT and conventional radiation for postoperative radiation in gynecological cancers. That study found a reduction in acute side effects at week five of radiation therapy but no difference in long-term side effects or patient reported outcomes at three-year follow-up. Dr. Chopra explained that the PARCER trial design differs from RTOG 1203 in two major ways, however.

First, the NRG trial used patient-reported data for quality of life outcomes, which can vary widely based on patient experience. The PARCER trial used physician-reported data, which tends to be reported more consistently across medical centers and clinics. Secondly, most of the patients in the PARCER study received chemotherapy, whereas patients in the NRG trial did not. Dr. Chopra said these differences could explain why PARCER found a difference in physician-reported outcomes at three years, while the previous trial did not show differences in either patient or physician reported toxicity. Patient reported outcomes from the PARCER trial will be reported separately.

Trials that address long-term quality of life are also important to guide the standard of care for countries and settings that have fewer healthcare resources and limited access to those resources, said Dr. Chopra. “These are resource-intensive procedures and implementing advanced technologies on a global scale can be challenging. Everything that you propose has to be associated with long-term clinical and practical benefits for patients. Long term implementation strategies for high quality radiotherapy for cervix cancer are therefore needed.

Yet, she noted, cervical cancer is often more prevalent in underserved countries, so the need for treatment – including advanced treatments and skills development to implement them – is greater. “If you look the world over, cervical cancer mortality now exceeds maternal mortality, also due to the lack of resources for radiation therapy in high incidence regions." Dr. Chopra said global advocacy is needed to create access to high quality radiation therapy for patients with cervical cancer across different regions worldwide.