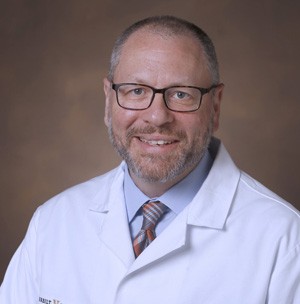 A five-year follow-up study of more than 2,000 U.S. men who received prostate cancer treatment is creating a road map for future patients regarding long-term bowel, bladder and sexual function in order to clarify expectations and enable men to make informed choices about care.

The CEASAR (Comparative Effectiveness Analysis of Surgery and Radiation for Localized Prostate Cancer) study, coordinated by Vanderbilt University Medical Center, is a multisite research study conducting long-term follow-up on men who were diagnosed with localized prostate cancer between 2011 and 2012.

The five-year results published in JAMA, with lead author Karen Hoffman, MD, MPH, from MD Anderson, provide evidence on outcomes with radiation, surgery or active surveillance in patients of all ages and ethnicities.

“We are providing information about the side effects of different treatments for prostate cancer that men and their providers can use to make treatment decisions,” said senior author Daniel Barocas, MD, MPH, associate professor and vice chair of Urology at VUMC.

“However, we have only illuminated one facet of a complex decision. There is more to a treatment decision than just the side effects, the most obvious being the effectiveness of the treatment, and that is something we hope to be able to demonstrate as we are now funded to look at 10-year cancer outcomes.”

The favorable-risk group chose either:

The unfavorable-risk disease group chose either:

Men undergoing surgery experienced an immediate, sharp decline in erectile function compared to other groups. However, on average, men treated with prostatectomy improve with time, while those undergoing radiation decline, so that sexual function differences between treatment groups attenuated by 5 years. While the difference in sexual function between surgery and radiation was still measurable in the unfavorable risk group, most men had such poor scores at five years that the difference between treatments may not be clinically significant.

“Whether you get surgery or radiation there is a chance of reduced erectile function,” he said. “While the time course is different for surgery and radiation, our study shows that only about half of men undergoing these treatments who had erections good enough for intercourse before treatment will still have an erection good enough for intercourse five years later. I have started using this sobering statistic in patient counseling about treatment choice.”

Men undergoing radiation reported worse urinary irritative and obstructive symptoms within the first six to 12 months, particularly those undergoing the low-dose rate brachytherapy. However, these urinary symptoms largely returned to baseline after one year.

In addition, study authors reported no clinically meaningful bowel function differences at the five-year mark, suggesting that contemporary radiation therapy is associated with less urinary and bowel toxicity than older forms of radiation.

“If you look at the side effect profile for external beam radiation, most of those men after a year have rebounded in terms of their urinary and bowel function, which is a novel finding of our study,” Barocas said. “The brachytherapy patients have a more difficult time with the urinary and bowel symptoms in that first year.”

“This work provides critical and understandable information to patients and providers to help them make better decisions in localized prostate cancer,” said David Penson, MD, MPH, MMHC, chair of the Department of Urology at VUMC.

“The really exciting part is that Dr. Barocas has received funding from the NCI to explore longer-term outcomes in this population and is already working on developing a web-based interface to get this information to his patients,” he said.

Barocas said a separate publication in the Journal of Urology will help to translate the domain scores into more understandable results for patients to get a sense of their likelihood of leakage or erectile dysfunction, or bowel function problems.

The researchers have also developed a personalized prediction tool that tries to empower men by putting this information in their hands and allowing them to enter their own data and compute their chance of regaining function after treatment at www.ceasar-prostate.org.