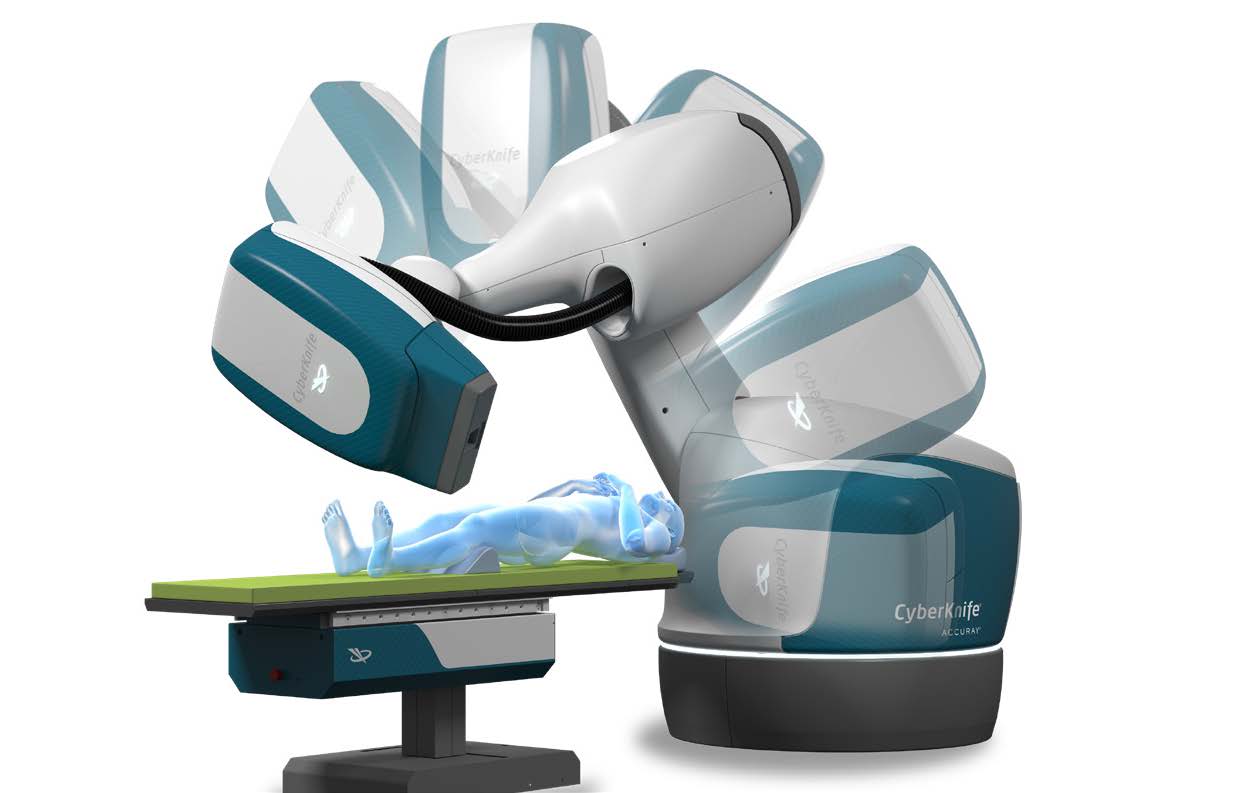 The two-year follow-up data presented at the European Society for Radiotherapy and Oncology annual congress showed that bladder side effects were experienced half as often with CyberKnife SBRT as with conventional linear accelerator delivered SBRT.

This data suggest that men treated with CyberKnife SBRT are less likely to experience long-term side effects that can impact them over the course of their lives compared with men receiving conventional linear accelerator delivered SBRT.

“Our aim was to understand whether we could safely increase the dose of targeted radiation per day, allowing us to reduce the number of treatments required. This data has shown very promising results that suggest potentially curative prostate radiotherapy can be given with very few side effects for patients with stereotactic body radiotherapy over five days,” said Dr. Alison Tree, Consultant Clinical Oncologist at The Royal Marsden NHS Foundation Trust, and leader of the Uro-oncology Clinical Trials team at The Institute of Cancer Research, London, who presented the data at ESTRO.

When the prostate moves, the CyberKnife robotic radiotherapy delivery system detects this movement and uses artificial intelligence (AI) to synchronize the treatment delivery beam to the prostate's new position in real-time throughout the entire treatment session. This synchronization occurs automatically, making it unnecessary to significantly expand treatment margins or reposition the patient – approaches used by conventional linear accelerators. The CyberKnife robot, guided by the Accuray proprietary AI-driven Synchrony technology, can deliver radiation from virtually any angle – facilitating the delivery of sub-millimeter accuracy throughout the procedure even as the prostate moves unpredictably.

“CyberKnife prostate SBRT is supported by the most extensive clinical experience in the industry. The PACE trial adds to the available data and provides further compelling evidence of the difference the technology can make in a patient's life and the value it can bring to a hospital's prostate cancer treatment program,” said Jean-Philippe Pignol, M.D., Ph.D., chief medical & technology officer at Accuray.

The PACE trial data provides level 1 clinical evidence – the strongest level of evidence on which to guide practice changes. PACE-B is a prospective, randomized trial conducted in 37 centers in the UK, Canada and Ireland, comparing five-fraction stereotactic body radiotherapy (SBRT) to conventionally fractionated or moderately hypofractionated external beam radiotherapy (CFMHRT) for localized prostate cancer. The PACE-B trial is funded by Accuray, sponsored by The Royal Marsden and coordinated by the ICR-CTSU at The Institute of Cancer Research, London. Of the 874 patients enrolled, data up to two years on 848 patients treated with radiotherapy were analyzed; 415 receiving SBRT and 433 CFMHRT. Forty-one percent of men treated with SBRT in the study received treatment using the CyberKnife platform.