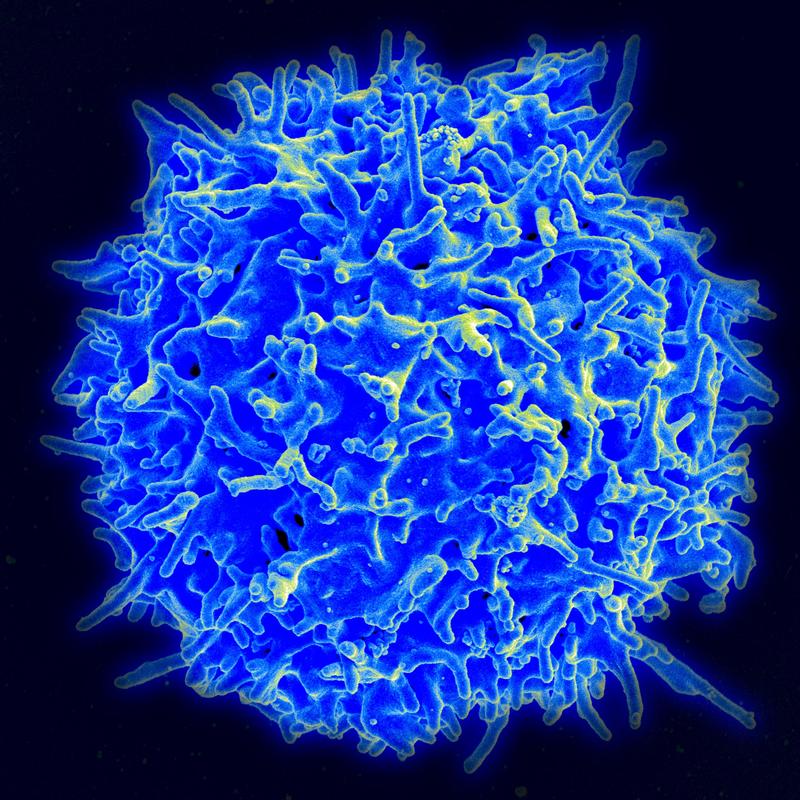 A healthy human T-Cell imaged with a scanning electron micrograph.

A key committee for the U.S. Food and Drug Administration issued a first-of-its-kind recommendation this week, unanimously signing off on an experimental cancer treatment. Research for the treatment was funded, in part, by a Connecticut nonprofit.

The therapy is called “CAR-T.”

It samples a patient’s immune cells, called T Cells, engineering them and infusing them back into the body.

“You’re basically educating the T Cells to target a feature of the cancer cells,” said Steven Gore, a doctor at the Yale Cancer Center.

Right now, Gore said the treatment is applicable to only a few patients who have failed existing cancer therapies. But he thinks the FDA is friendly to the idea, and that the technology will be explored for other cancers.

“This is, potentially, paradigm shifting,” said John Walter, President and Chief Executive for Alliance for Cancer Gene Therapy, a nonprofit based in Stamford.

The “CAR-T” technique uses technology from Dr. Carl June at the University of Pennsylvania.

In 2004 and 2008, June received two grants from Alliance for Cancer Gene Therapy, which he put towards his research.

“These things, with enough survival data, could become frontline treatments,” Walter said. “Which would mean for these patients that they no more have to submit themselves to chemotherapy -- potentially bone marrow treatment.”

Walter said if the treatments prove successful long-term, it will validate his organization’s long-standing hypothesis -- that if cancer starts in the cells and the genes, it might be cured there, too.