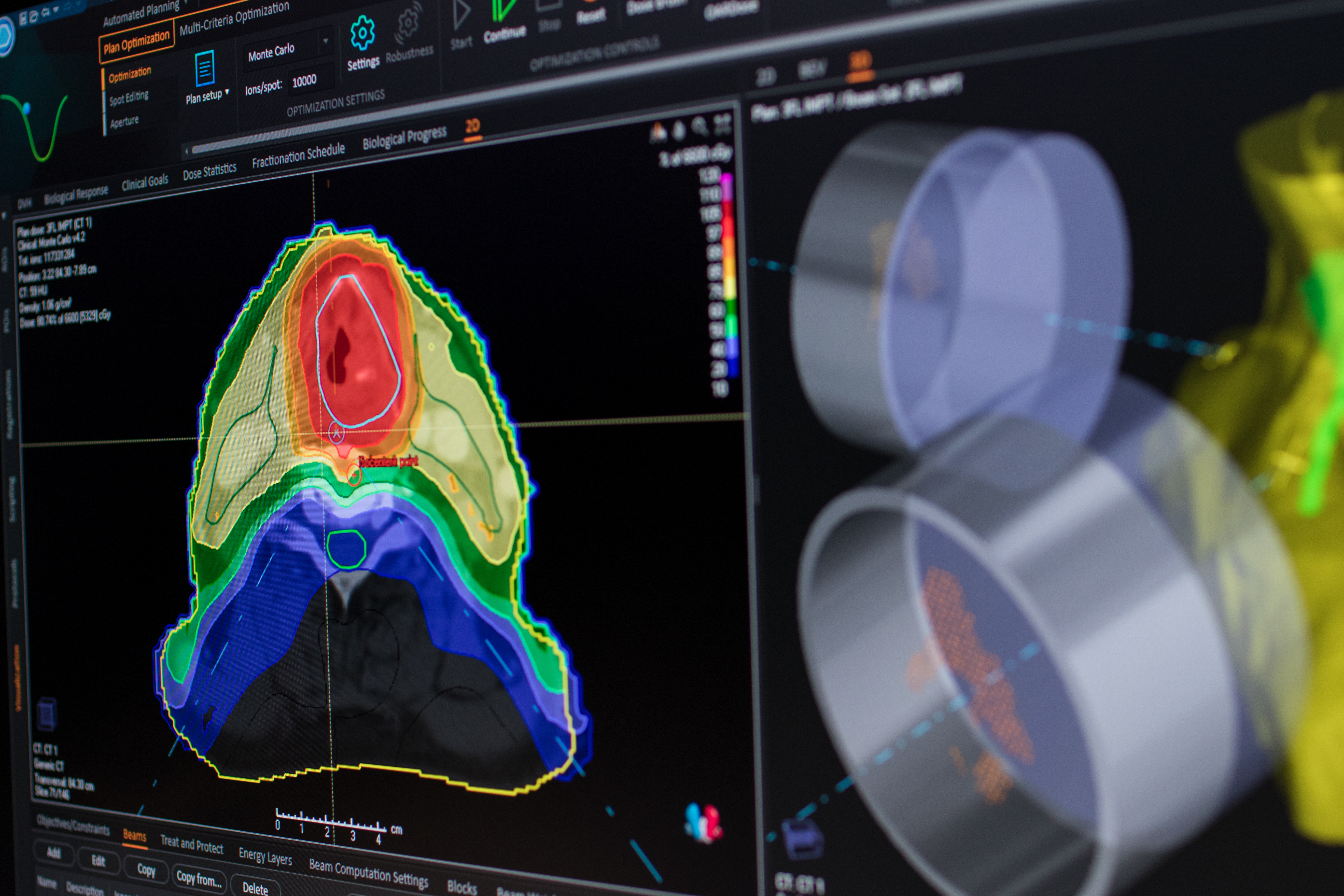 RaySearch Laboratories AB (publ) has launched the latest release of its widely adopted treatment planning system RayStation.* The new features and capabilities include two major advances for proton therapy treatment, as well as improved ways of generating plans with machine learning in Plan Explorer and auto-navigated multi-criteria optimization, among others.

Proton PBS Monte-Carlo (p-MC) dose engine migrated to GPU and ocular proton planning are among the significant innovations of the latest release of RayStation from RaySearch.

Initial tests suggest that the new GPU p-MC dose engine is around 10 times faster than the current CPU-based p-MC algorithm. The physics algorithms of the GPU p-MC have not changed so the dosimetric results will match those of the now well established RayStation CPU p-MC dose engine. GPU p-MC will initially be offered to a select number of clinics ahead of the release of RayStation 10B in December 2020, which may see even further p-MC performance gains.

Another significant enhancement is the ability to generate treatment plans with machine learning in the Plan Explorer module. The Plan Explorer automatically generates a large number of plans for combinations of treatment techniques and machines for a specific patient. It also provides efficient means to filter and browse among plan candidates to find the most desired one. The addition of machine learning optimization adds speed in plan generation and makes it possible for a clinic to tailor the automatic plan generation even further.

Johan Löf, founder and CEO, RaySearch, says: “RaySearch celebrated the tenth anniversary of our treatment planning system in 2019. RayStation is now installed at 622 cancer center in 39 countries. This latest release, featuring machine learning optimization in Plan Explorer and ocular proton planning, is the result of many hours of hard work and close collaboration across the research, development and machine learning teams at RaySearch and we are proud to see widespread implementation of such an innovative system.”

* Subject to regulatory clearance in some markets.