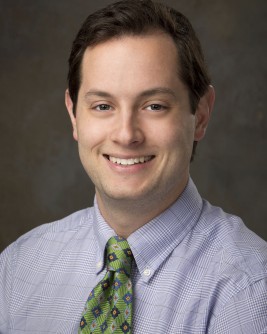 Increasing use of a potentially life-saving treatment for metastatic cancer is leaving too many vulnerable patients behind, according to a new study from Yale Cancer Center/Smilow Cancer Hospital published in JNCCN – Journal of the National Comprehensive Cancer Network. The researchers looked into use of stereotactic radiosurgery (SRS) following radiotherapy (RT) to treat brain metastases in patients with melanoma, lung, breast, or colorectal cancers. They found that the use of SRS has increased dramatically, but unevenly, in recent years.

More than 20% of patients with cancer develop brain metastases.[1] This study examined data from the National Cancer Database (NCDB) between 2004 and 2014, focusing on people over age 18, who were treated with radiation to the brain for one of the four malignancies most associated with brain metastases in the United States. 75,953 patients met the criteria for inclusion, 12,250 (16.1%) of whom received SRS.

They found the overall utilization rate for SRS increased from 9.8% in 2004 to 25.6% in 2014, with the rate of uptake accelerating after 2008. SRS use increased more for patients with income levels of $63,000 and above, as well as those treated at academic facilities, living in areas with higher percentages of high school graduates, or possessing private insurance. There were lower rates of SRS among patients with Medicare, Medicaid, or no insurance. Moreover, patients of black race or Hispanic ethnicity were less likely to be treated with SRS even when the researchers excluded the melanoma data (which has a predominantly white population).

“Increased education surrounding SRS for referring providers and patients, networking and relationship-building between community practices and larger cancer centers, as well as offering SRS training programs for providers may help to improve access for minority patients and those in lower income regions,” said Kann. “Transportation to an SRS facility may also be challenging for underprivileged patients, so it could be helpful to strengthen social programs that help patients travel to SRS centers.”

The study found that from 2004-2013, one-year actuarial survival improved from 24.1% to 49.6% for patients selected for SRS, but only from 21.0% to 26.3% for non-SRS patients. However, it’s not clear whether SRS-receipt itself improves survival, or if this association is due to the favorable prognosis of the patients selected.

“Over the past decade, advances in cancer treatment offering better control of systemic disease have increasingly led to patients living longer following a diagnosis of metastatic disease,” said Christine Tsien, MD, a radiation oncologist at Siteman Cancer Center at Barnes-Jewish Hospital and Washington University School of Medicine. Dr. Tsien is a member of the NCCN Clinical Practice Guidelines in Oncology (NCCN Guidelines) Panel for Central Nervous System cancers, and a contributor to the NCCN Radiation Therapy Compendium. “Recent randomized studies have also demonstrated that treatment of a small number of brain metastases (1-3) with stereotactic radiosurgery showed a decrease in neurocognitive decline compared to whole brain radiotherapy without compromising overall survival[2]. Based on these results, there has been a recent, dramatic shift towards the use of stereotactic radiosurgery instead of whole brain radiotherapy in patients diagnosed with brain metastases of limited volume. How SRS technology is being made available, including any sociodemographic disparities, is of significant interest not only to oncologists but also to the greater community.”

Further research is needed, in order to determine the reasons for these worsening disparities and their clinical implications on intracranial control, neurocognitive toxicities, quality of life, and survival for patients with brain metastases.

Complimentary access to the study, “Radiosurgery for Brain Metastases: Changing Practice Patterns and Disparities in the United States” is available until February 11, 2018 at JNCCN.org.